From time to time, regularly and constantly, Vera’s teacher tells me that my little girl is not quite „normal”. What do we do with her?? – she said, worried. She has kind of… too much imagination, which is not so good for her existence in community. Her head is always in the clouds and she shows many difficulties in terms of involvement in reality. Instead of bringing the characters in her world to play with them, she fully goes in the world of these characters, very quickly becoming one of them. My Vera…

She invents stories, screenplays, costumes, dialogues, anagrams, crosswords. She wants to put in stage and to transform in theatre any poetry, any story. She has fun in games of intelligence. Her relaxation is in having ideas for new games, drawing maps for decrypting the roads of her characters, in tangled mazes, in solving the riddles. Her joy is to determine similarities & differences between things, between events and images, between words of several languages, between stories or situations.

Her thinking is sharp with the precision of a Swiss watch; instead she’s not actually relates with her colleagues, but only to the extent that „she should” and not because she needs them in any way. She is good with people but somehow indifferent. She forgives them if they hurts or punish her but she is not emotionally dependent on them. She has no preferences among her colleagues – all of them represent a neutral collective character. A good and desirable one.

The slow rhythm in kindergarten activities is boring. Her memory & her capacity to integrate new information into old patterns are above of an adult average. Many times she seems to be from another planet. Sometimes she falls on the deep thoughts and her eyes look unfathomable depths.

She does everything „right”. You have to say hello, you have to say please & thank you, you should do what other people decide sometimes, you should brush your teeth; you must wear the hat when it’s cold, ok. She does not preclude this and doesn’t contradict no one and her reactions are never, never violent. She is not stubborn, not spoiled, she is not concerned with wealth of clothes to wear, she does not like expensive toys (she invents them), she’s not greedy, she don’t eat more or less than she should. She doesn’t lead any war with anyone. But she has her own rhytm, her own way of saying what she wants, without raising the voice, even gently – „However, I would not want to do this now. Maybe later”. And her decisions are each time legitimate, logical, of common sense.

She says her family consists of mother, father and God. Only in our arms she lingers lovingly, otherwise, everything seems to be an algorithm of life, passed through the sieve of her hyper-developed reason.

She has a smile that transcends humanity, which reaches infinity. A smile that goes beyond the solar system. If I ask her why smiles, she replys: „Because I’m happy”.
Most times her drawings has a divine core; very often her work is full of subtle messages and contains „celestial” elements such as light, sun, churches, flowers, crosses on which Jesus stands, icons.

It upsets her if you say about someone that he is ugly or stupid, then she quickly reacts: No! Not really, he is just less good, you must forgive him.

She is the only one in her class who remains totally indifferent to the „rewards”! All the others are motivated by competition and compete for larger and more beautiful stickers that they’ll stick to their shirts when the activities are done. Vera simply takes motivation in learning. It is her favorite game & best reward. She never gets tired to memorize, to understand, to make connections between information, to play with them.

A strong personality which dominates others through a kindness that it’s hard to grasp in words. She never wants exaggerated or absurd things, quite the opposite. She is modest and wise. A little genius shaken by a reality which sometimes ruins the order of her endless inner universe. In her small society in school, with authorities who disciplines & disrupt her own pace, she destabilizes and cry. The teacher tells me, powerless:

Many times I wondered, should I „manipulate” and constrain this strange nature of my girl? Should I fight for normality and for her best integration into the world? Should I do things that these people who are overwhelmed by the „exceptions” say? Should I help Vera not to be an exception, in order not to suffer in the future between people?

Or is my duty to preserve with holiness this divine gift, simply grow this special child, loving her just as she is? Should I rather understand and support her in her „freak” nature?

But this is an old dilemma. In the meantime, I have revealed some answers…

April 12, 2011 – an emotional and memorable spring afternoon, in every way possible. Trees full of pink and white flowers, stunning scent of lime on the streets and a road along which we met and counted six churches.

We entered the old building of Association of Applied Intervention in Autism, where we met Antonela Samson, a psychologist who evaluated, analyzed, understood and diagnosed Vera. After several hours of discussions, all my past perplexities, all that questions about the „freak” Veronica, all my anxieties about the “downs” of her social behavior and the great heights of her intelligence & creativity – all these, suddenly got a name: Aspergers Syndrome.

I will not describe this syndrome yet, those who are interested will find it on Google, I’m sure. Only that much: it is a different way of perceiving the world, life, people, relationships. „The-men-of-genius’s syndrome” with all the good and all the bad of it (Einstein, Mozart, Pythagoras are only a few who had this syndrome). A different kind of existence, very different from normal – as “normal” is perceived by the crowd.

I feel that I’m a different person than until yesterday. The woman who always drifted and always wondered (with sadness & anguish) why this & why that… the woman who looked pathologically too much in the past and inside herself, the woman who wanted to be free and fly like a bird… That woman does no longer exist. She disappeared in a second.

The whole range of personal laments and complaints evaporated from my feelings, like cigarette smoke. I am no longer allowed to say I can not do this or I’m afraid; I’m not allowed to have doubts. I can do anything is necessary to do!

Every day, every second of my life I will teach Vera how to accept and live happily with this syndrome, to cooperate with this „label” and I will permanently fix it as much as possible! Now I learn what it means the happiness of wearing a heavy but redemptive cross. Now I live with the feeling that I clean myself of all my guilt but also that I’m rewarded more than I deserve and more than I can handle. Because there are hours in row when I can hardly breathe, for reasons difficult to explain. I live with an emotion that is choking me because I feel and I know I must deserve this liberating pain of soul, this paradox of a drama that makes me strangely happy. My child is „different”.

I no longer want anything else but to build myself in this responsibility, in the monastery of this identity. But beyond the metaphor, I really have so many things to do with and for Vera. For now, everything is so new… I can not yet put in order my ideas and my projects. But as time will pass and I will learn more and more information about the special nature of my child, I will think of other approaches. I want to make a site dedicated to this syndrome, to create a community for those like us … and maybe even put up a foundation, why not? … I don’t know yet.

Moment by moment I’ll teach Vera the language and the rules of socialization, I will do therapy with her but in the same time I’ll teach her how to be herself with no fear because she is a chosen child and because there are not many like her in this world.

I will sing, dance and live with Tom and Vera this bitter-sweet music of such a special destiny. We’ll be strong together, our family.

We’ll find a way in this world. 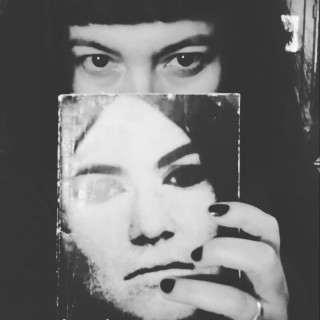